The Akinori has been on my to do list forever.  After seeing so many gorgeous ones in my FB and Insta feed earlier this summer I knew it had to be my first sew after our summer holiday.  Finally I have my very own Akinori! 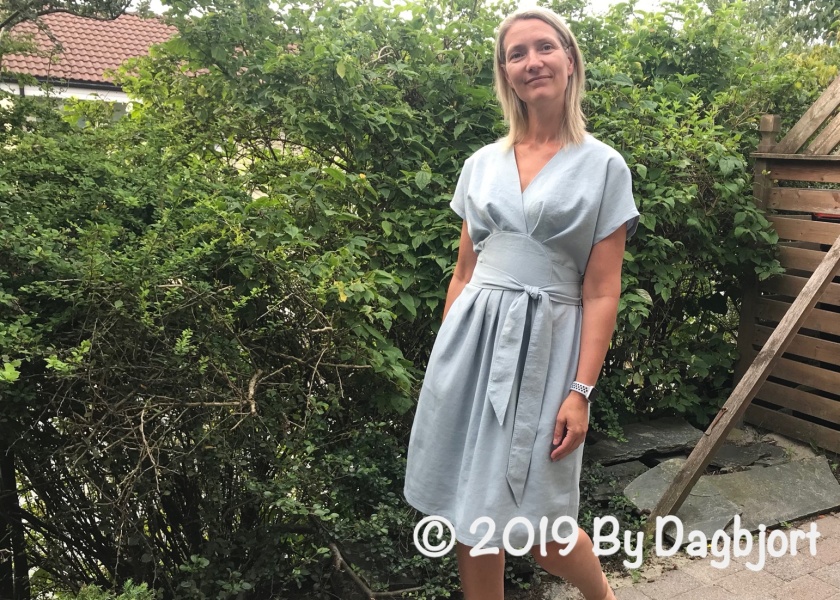 I’m so glad I chose this pattern to be my first make after a well deserved month long break from my sewing room.  It was an absolute delight to sew!  Not difficult but the pleats and the yoke require precision. 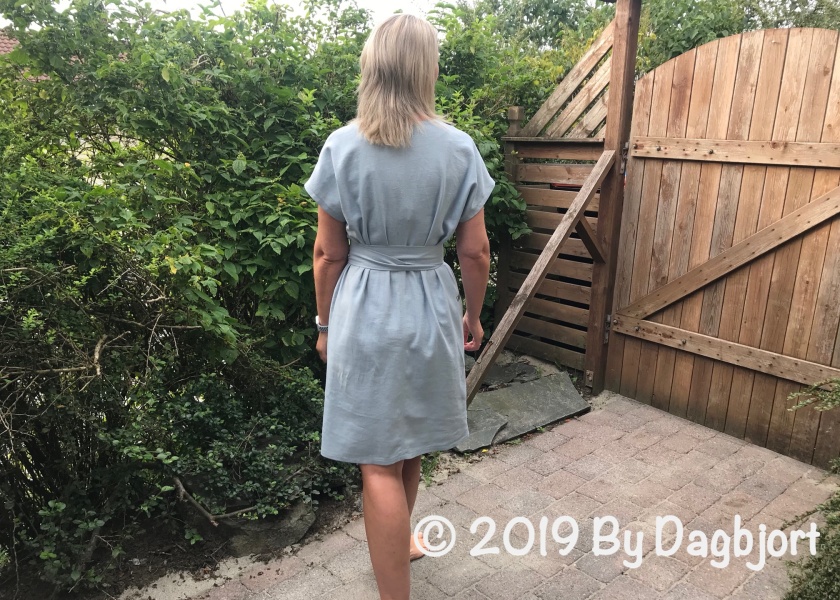 I wasn’t sure if I should do my regular size grading from 6 to 10 at the hips, since this isn’t a fitted pattern.  But as I’m way too lazy to do a muslin first I decided to take the middle ground and grade from 6 to 8 at the hips.  It worked out very well but I probably could have just made size 6 all around.  Now I know for next time! 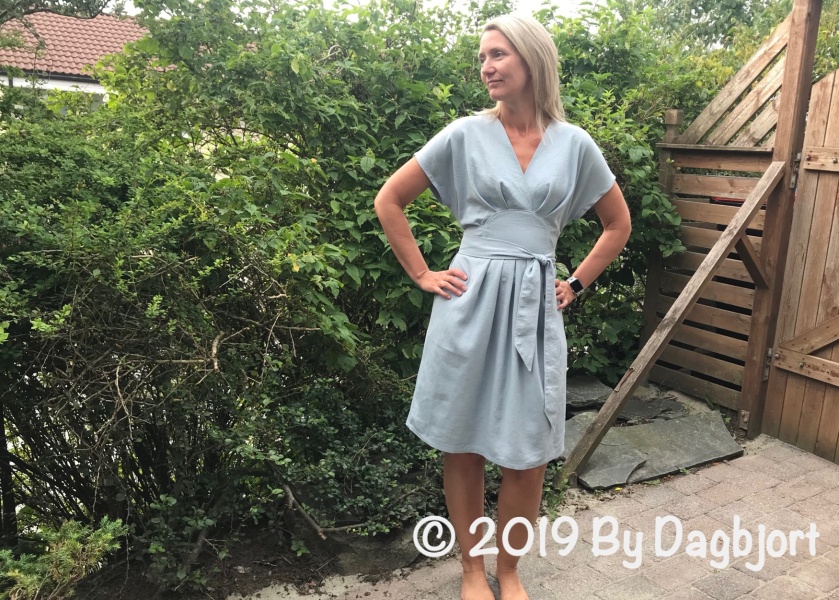 The fabric I used is brussels washer linen blend from Robert Kaufman in paris blue, bought from Imagine Gnats.  My favourite US based fabric store and it looks like there is just enough left in the store to make one more Akinori.  It doesn’t happen very often that the fabric I use is still in stock, I usually hoard my fabric for a few months up to a year or two before I bring myself to cut it, haha!  Will this be a new trend?  Probably not – haha!    The Akinori can actually be made in both woven and knit fabric, how cool is that?! 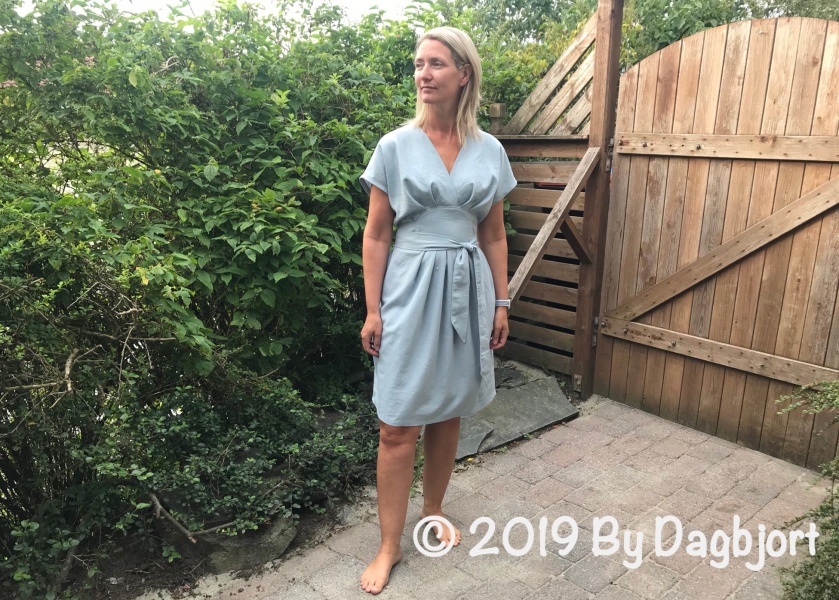 Oddly enough I didn’t sew this dress as part of any pattern testing and I hope I can squeeze in more non pattern testing projects in the coming months.  You could say I have plenty of patterns that I haven’t made yet and that I have been wanting to make again.  If anyone could kindly send me a link to a store that sells time I would greatly appreciate it!

I'm a mom to four fantastic kids, three boys and a girl. To teenagers and to toddlers so never a dull moment in our household :) We are from Iceland but have been living in Norway since 2001. I have a newfound passion for sewing. My hubby travels a lot for work and I needed something to do at night when the little ones are a sleep because suddenly my teenage boys would rather hang with their friends or play on their pc's than be with me - why is beyond my imagination :) Thanks to Pinterest I found some amazing sewing bloggers, whom I've been stalking, and realized that I could dig out my sewing machine and start sewing. Now it's all I think about. I've been hoarding pdf patterns and learning from all the amazing tutorials that are out there. I've decided to try out this blogging thing as well to document my sewing journey. We'll see how it goes! Thanks for stopping by, I would love it if you would leave me a comment! XOXO Dagbjört View all posts by bydagbjort

2 thoughts on “Finally I have an Akinori!!”