Since I have decided not to buy any clothes for Anita and Viktor, at least now for the time being, I really needed to make Viktor some pants.  So I printed out the pattern for the Kudzo Cargos by Charming Doodle for Willow and Co and thought I would make him the skinny version.  And so I did in size 5. Thankfully I tried them on him before attaching the waistband and I panicked!
They were way to tight on him!

Well, I had enough fabric to make a new one and Anita could always use a pair of pants as well.  But she is not in a size 5 by far.  Then I read in the instructions that one could add elastic to the waistband, so that’s what I did and just shortened them some.  And BAM they both got a new pair of pants! 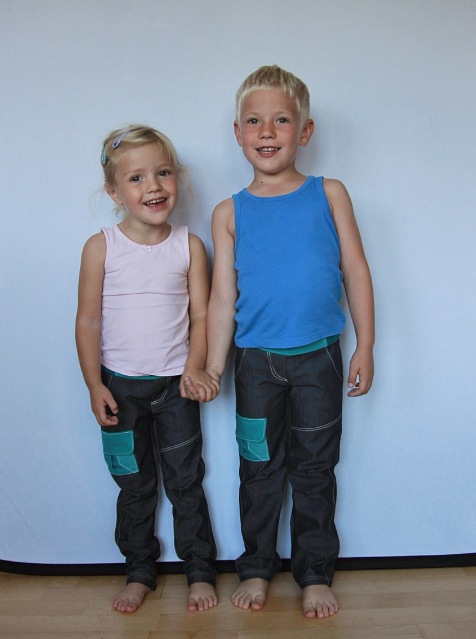 The fly on Viktors ended up on the wrong side, looks a little bit funny but he doesn’t
care so I’m not going to worry about it.

I don’t know how but I lost one of the back pockets for Anitas pants.
I know I sewed it up and I have searched everywhere but I still can’t find it.
I even went through and or organized y remnants box!  But no luck.
But I kind of like hers with just one pocket, it would probably have been to
much with two anyways.

The fabric I used is stretch denim from stoff og stil.

Viktors fit great, Anitas are roomy but we are ok with that.

It is so much fun to sew for these two because they get so excited when they
find out that I am making them something new.

This is a great pattern with great instructions.
But after making two of these in a row I have had enough of pants for a little while
and it was SO relaxing to follow up with an easy knit dress.
Love
Dagbjört

Like Loading...
I figured Anita needed some pants and sweaters for this upcoming season.
I mean even a princess can’t wear dresses all the time.  So I’ve been stocking up on
knits and fabric for pants lately.

For the sweater I used a sweet pattern from Sewpony called The Little Betty Top.
I love the wide band at the bottom and the wide cuffs!
I made her a size 3 and it fits very nicely.

For the pants I used the Holly Trousers pattern from Go To Patterns.
This is the second time I use this pattern.  They look so comfy and she likes
to wear them.  There is an elastic waistband so easy to run to the bathroom,
and there are really cute pleats on the front.

The fabric for the shirt is rib knit I bought from Stoff og Stil.  I tried stenciling again,
I still haven’t washed her shirt so I don’t know if it will fade like it did the last time.
I hope not cause I really love that gold butterfly. 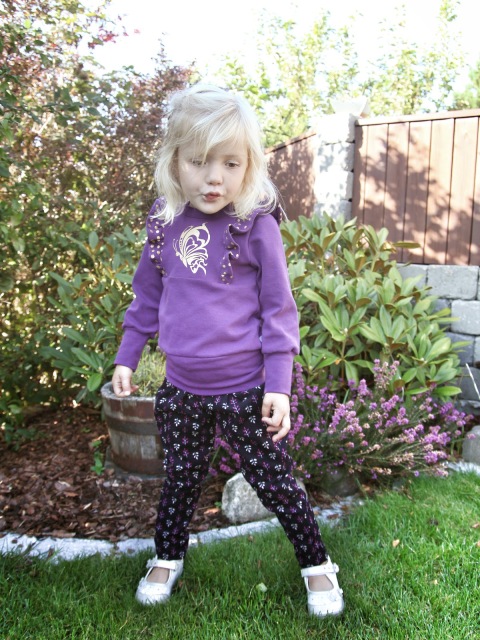 I also got the fabric for the pants at Stoff og Stil I couldn’t find it on their webpage but it is a
very soft corduroy.

I don’t know where she is getting her moves from! 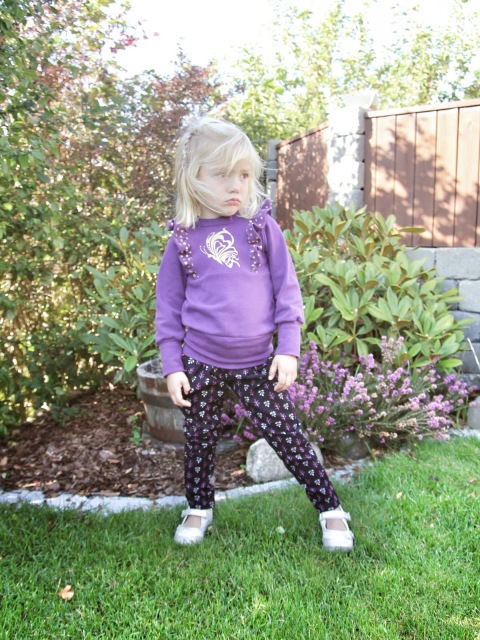 Never tell your model to smile if you want the real thing! 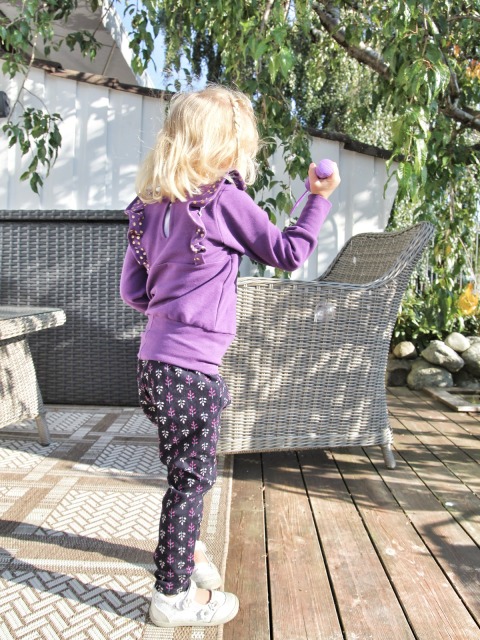